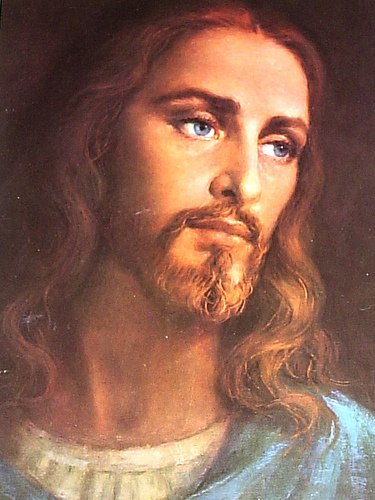 WHO WAS THIS FALSE MESSIAH THAT PLANTED FALSE CHRISTIANITY RELIGION?

Looking back into history, you will discover that the enemy whom Satan used to establish the false Christianity religion is a man named Simon Magus, a Samaritan native of a village called Gitto. According to the scriptures Simon performed miracles, signs and wonders through demonic powers and deceived many in the city of Samaria….

Now for some time a man named Simon had practiced sorcery in the city and amazed all the people of Samaria. He boasted that he was someone great, and all the people, both high and low, gave him their attention and exclaimed, “This man is the divine power known as the Great Power.” They followed him because he had amazed them for a long time with his magic (Act8:9-11).

Through false miracles Simon Magus convinced the Samaritans that he was the long-awaited Messiah, the theophany of God. Due to the great magical power that Simon manifested in the city of Samaria, the Samaritans believed in Simon and beheld him as the greatest prophet sent by God to liberate humanity from the bondage of Satan. The man Simon began his magical practices during the time that Yeshua began his work among the Jews in Jerusalem. Simon deceived the people for a very long time. In my own opinion, it’s possible that this also contributed to why Yeshua told the woman of Samaria that the Samaritans worship what they do not know; but the Jews worship what they do know, for salvation is from the Jews (John4:22). The Samaritans did not know that believing in Simon Magus as the “the great one” was equivalent to worshiping the devil; Simon was a devil incarnate. When Philip brought the true gospel to Samaria; Simon pretended to believe the good news of Yeshua of Nazareth to acquire more knowledge and power to support his esoteric perception so that he would not lose the crowd that he deceived through sorcery;

Then Peter and John placed their hands on them, and they received the Holy Spirit. When Simon saw that the Spirit was given at the laying on of the apostles’ hands, he offered them money and said, “Give me also this ability so that everyone on whom I lay my hands may receive the Holy Spirit.” Peter answered: “May your money perish with you, because you thought you could buy the gift of God with money! You have no part or share in this ministry, because your heart is not right before God. Repent of this wickedness and pray to the Lord. Perhaps he will forgive you for having such a thought in your heart. For I see that you are full of bitterness and captive to sin.”  Then Simon answered, “Pray to the Lord for me so that nothing you have said may happen to me (Act8:17-24).

When Simon Magus saw that the Spirit was given by the laying on of the apostle’s hands, he offered them money to purchase the Holy Spirit. This is where the spirit of selling the holy things of God comes from; Christ clearly warned that every gift the he gives to us are free, and that we should give them out freely to bring souls into the kingdom of God;

How many ministers are obeying this simple instruction today, for instance, the Christian bible is now known as “the bestselling book”, when the apostles who wrote the scriptures gave them out free of charge. If the apostles wanted they could have sold their manuscripts during their time. Go to any book shop and you’ll find that Christian books, CDs, DVD’s, etc. are the most expensive! Most famous Christian gospel singers don’t sing to lead people into spiritual worship, but to market their albums and win “best gospel artist” awards.  Messages preached in today’s churches are for sale! People should know that the business of selling spiritual gifts is the flow of the same antichrist spirit that operated in Simon Magus, he wanted to purchase the Holy Spirit with money so that he could sell the free gifts of the Spirit, which is exactly what the false preachers are doing today.

When Simon Magus offered the apostle money to buy the Holy Spirit, Simon Peter who was filled with the Holy Spirit prophetically rebuked and pronounced judgment upon him, but the story didn’t end there. After that, Peter reproved Simon Magus for his thoughts; Magus failed to repent and became antagonistic towards the true followers of Christ. According to history, Simon Magus reinforced himself with his organization called “Christians”, then proclaimed himself as the king of kings and the lord of lords with demonstration of magical powers to challenge the true disciples of Jesus Christ-

Simon the Samaritan was the magician of whom Luke, the disciple and the followers of the apostles’ writes…He set himself eagerly to contend against the apostles, in order that he himself might seem to have been a supernatural being. So he applied himself with still greater zeal to the study of the entirety of magic arts, so he could bewilder and overpower multitudes of men. This was his method during the reign of Claudius Caesar, who honored Simon because of his magical power, according to what is said. This man, (Simon Magus) then was glorified by many as if he was a god. And he taught that he was himself who appeared to among the Jews as the Son. Ireneus (c.180, E/W) 1.347, 348.

After His (Simon Magus) condemnation, he applied his energies to the destruction of the truth, as if to console himself by revenge. In addition to the support with which his own magic arts furnished him, he has recourse to deception. He purchased a Tyrian woman of the name Helena out of brothel, with the same money that he had offered for the Holy Spirit-a transaction worthy of the wretched man. He actually pretended that he was the Supreme Father and he further pretended that the woman was his own primary conception Tertullian (c.210, w), 3.215

From the point forward, Simon Magus, who had just become a believer, was cursed by the apostles and ejected from the faith. For he was still thinking somewhat of his juggling sect. That is, he wanted to buy even gift of the Holy Spirit through imposition of hands, so that he could include it among the miracle of his profession. Tertullian (c.210, w), 3.234

All that Simon Magus wanted to achieve was to dominate and stamp out the original Jewish Messianic movement so that he would replace Christ, which he eventually achieved through the help of the Romans. The validation that Simon Magus’ false esoteric order was named “Christians” can be read in the writing of Justin Martyr (152 A.D.) who is generally regarded as the first outstanding Christian apologist of the 2nd century….

“And, thirdly, because after Christ’s ascension into heaven the devils put forward certain men who said that they themselves were gods; and they were not only not persecuted by you, but even deemed worthy of honours. There was a Samaritan, Simon, a native of the village called Gitto, who in the reign of Claudius Cæsar, and in your royal city of Rome, did mighty acts of magic, by virtue of the art of the devils operating in him. He was considered a god, and as a god was honoured by you with a statue, which statue was erected on the river Tiber, between the two bridges, and bore this inscription, in the language of Rome: “Simoni Deo Sancto,” “To Simon the holy God.” And almost all the Samaritans, and a few even of other nations, worship him, and acknowledge him as the first god; and a woman, Helena, who went about with him at that time, and had formerly been a prostitute, they say is the first idea generated by him. And a man, Menander, also a Samaritan, of the town Capparetæa, a disciple of Simon, and inspired by devils, we know to have deceived many while he was in Antioch by his magical art. He persuaded those who adhered to him that they should never die, and even now there are some living who hold this opinion of his. And there is Marcion, a man of Pontus, who is even at this day alive, and teaching his disciples to believe in some other god greater than the Creator. And he, by the aid of the devils, has caused many of every nation to speak blasphemies, and to deny that God is the maker of this universe, and to assert that some other being, greater than He, has done greater works. All who take their opinions from these men, are, as we before said, called Christians; just as also those who do not agree with the philosophers in their doctrines, have yet in common with them the name of philosophers given to them. And whether they perpetrate those fabulous and shameful deeds the upsetting of the lamp, and promiscuous intercourse, and eating human flesh we know not; but we do know that they are neither persecuted nor put to death by you, at least on account of their opinions. But I have a treatise against all the heresies that have existed already composed, which, if you wish to read it, I will give you (ST. JUSTIN MARTYR (THE FIRST APOLOGY-CHAPTER 26: MAGICIANS NOT TRUSTED BY CHRISTIANS)

It is of critical importance to know that there was a religion called Christianity that was different from the Jewish faith which Yeshua of Nazareth taught in the 1st century. This false Christianity never died out, it continues till this present moment- just as the Lord revealed in the parable of the sower, He says that both wheat and tares will grow together until the harvest time, which is the end of the world, then they will be separated. (Mathew13:24-42). Most people are not aware of this; they think that the Christianity religion is what the Jewish Yeshua started in the 1st century, and for that most have no time to investigate and question whether they are following the accurate principles of life taught by the Hebrew Messiah. 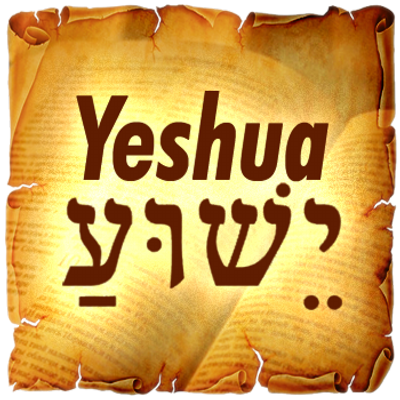