An eschatological folk belief  regarding a three days of darkness stems from the Catholic religion and has been in circulation for many years. It is not a new ‘‘ lie, and there is nothing biblical to confirm it.  This so-called prophecy stems from the time that God punished the Egyptians with plagues including the “three days of darkness”, the false prophecy theory is that God’s last act of judgment on earth will be three days and three nights of total darkness.  “No light will shine during this time except blessed wax candles, and the enemies of the [Catholic]Church will die”. Oh, and there is supposed to be a cataclysmic event that all mankind will see wherever they are on the face of the earth preceding a great earthquake that will precede the 3 days of darkness which some Christians are calling the 6th seal and attributing it to what is recorded in Revelations 6:12.

This same   lie is also popular in New Age circles (although without the references to the Church). On the internet you can find a purported Mayan legend about a time when the sun didn’t rise and there were three days of darkness until the people’s prayers brought the sun back. You can also find on the internet a number of false prophets/prophetess promoting this  lie inciting fear into those who dare to believe it!  Oh, by the way- according to some of these false prophets the 3 days of darkness will begin on April 16, 2019, others claim it will begin on Friday, April 19, 2019 at sunset, one stretched her prophecy to be between Easter and Christmas of 2019. 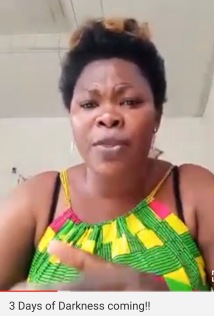 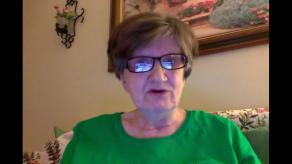 The Catholic version of three days of darkness is far more terrifying than the New-Age version.  The prophecy is attributed to [‘Blessed’] Anna-Maria Taigi.

The corpse of Anna-Maria Taigi

This was supposedly written by Anna-Maria Taigi, I have not confirmed if she really wrote this, but here is the passage that you can find on the internet:

God will send two punishments: one will be in the form of wars, revolutions and other evils; it shall originate on earth. The other will be sent from Heaven. There shall come over the whole earth an intense darkness lasting three days and three nights. Nothing can be seen, and the air will be laden with pestilence which will claim mainly, but not only, the enemies of religion. It will be impossible to use any man-made lighting during this darkness, except blessed wax candles. He, who out of curiosity, opens his window to look out, or leaves his home, will fall dead on the spot. During these three days, people should remain in their homes, pray the Rosary and beg God for mercy.

All the enemies of the Church, whether known or unknown, will perish over the whole earth during that universal darkness, with the exception of a few whom God will soon convert. The air shall be infected by demons who will appear under all sorts of hideous forms.

This is the mild version of the prophecy.  More serious versions tell you that all Hell will roam the earth during those three days, and just looking out a window will be fatal.  You are warned to buy thick drapes or black plastic to cover all your windows.  Also, it is said that during the three days you will hear people banging on your door and you will think that people you love are out in the darkness, but do not open the door because it will really be the demons trying to get you. Others attribute this false prophecy to a man named Ezra Cabel who is said to be a Kabbalist and claims to be Yah, and states that “we will bow down to him”.

What should Catholics, Baptists, Methodists or anyone else think about this prophecy? They should think that it is NOT TRUE because there is no scriptural support for the idea that darkness will be the last punishment of mankind, or that there will even be another three day period of darkness.  Although there are several scriptures which talk about the sun being darkened in the last days, the darkness is never the last and final judgment but it is only a sign of the judgment that is coming.  This is true in the references in Matthew, Revelation, and the prophets.  In Exodus 10:21-29, the only passage in the Bible that refers to three days of darkness, the darkness is the penultimate plague unleashed against Egypt.

The clearest reference in Scripture to the final judgment of the earth says that this judgment will happen by fire.  Revelation 20:7-10 says this:

When the thousand years are over, Satan will be released from his prison and will go out to deceive the nations in the four corners of the earth—Gog and Magog—and to gather them for battle. In number they are like the sand on the seashore. They marched across the breadth of the earth and surrounded the camp of God’s people, the city he loves. But fire came down from heaven and devoured them.

What should be important for the TRUE believer is daily repentance and a lifestyle of holiness and modesty- not running to the local hardware store for duck-tape and “blessed candles’ in fear of an unbiblical false prophecy of a 3 day period of darkness which has been in circulation for many, many years.  Truth be told, we’ve been in darkness a long time ago and it’s been much longer than 3 years! 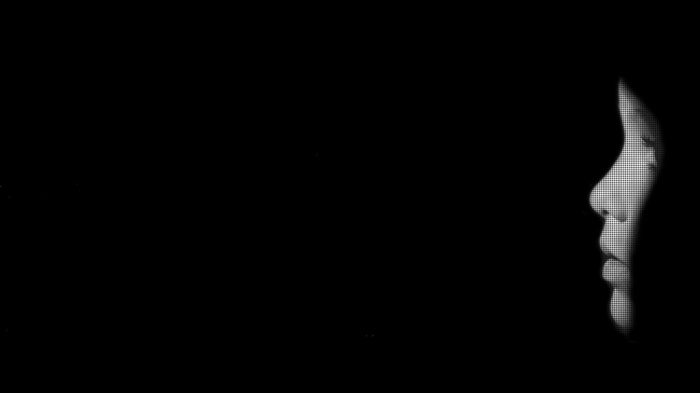 The more you think about the prophecy, the less sense it makes.  This is supposed to be ‘God’s final act of punishment against evildoers and enemies of the ‘Church’, but many evil people are going to be spared so that they can be converted to Christianity by the [Catholic]”Church” after the great chastisement, this is laughable!  Do you really believe that God cares about anyone converting to a religion? God wants us to convert to HOLINESS!

In the below video, this woman actually gives a date 04/19/2019, declaring that she is hearing from God!

In Exodus, the Israelites were spared the darkness and the death of their firstborn, and these plagues only fell on Egyptians.  This time God must be a lot more angry according to this prophecy, because only the just people who stay in their homes, do not look out the windows, and light ‘blessed candles’ will be spared.  This prophecy – and particularly the swarms of demons in the sky and walking upon the earth – seems to reflect mans way of thinking and doing things much more than God’s way of doing things. And for the FALSE PROPHETS who are flooding social media outlets with dreams, visions and dates will hurry to delete their false prophecies concerning the issue of 3 days of darkness when their dates of impending loom and gloom comes and goes (as others have in the past) with absolutely NOTHING happening. The best thing that can come from this false prophecy will be that MAYBE those who believe in this folktale will truly repent of their sins and begin to pursue a genuine life of holiness.

What gets me is that, when the Catholic priests were raping young boys, when the Baptists where committing adultery, when same sex marriage was voted into law and gender reassignment was made legal and the legalization of killing full term unborn babies was passed into law NO ONE WAS AFRAID OF GOD’S JUDGEMENT THEN!  It’s really shameful  that people who claim to love God fear a false prophecy that has been in circulation for many years more than living unholy does.

17 thoughts on “The Catholics 3 Days Of Darkness FALSE PROPHECY”